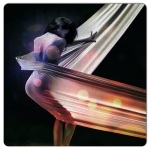 As his fingers, hands

Skin was her boundary

hunger travels from his lips, to her cheeks, down her neck, between breasts, teasing, licking, until they enfold her nectar

By kisses that surrender

she arches her back, accepts arousal, rousing, stimulation that loosens her stance of being in charge

Limits are a distant memory

her mind blanks of restraint, his want far exceeds the power to hold back, allowing him beyond her boundary

Grunts are their only sound

intensity forces windows to open as they join in a rhythmical motion as one, together, melting within the moment

nothing could hold their waters from spilling into the main stream of emotions, an approval to admit to one another’s defeat

Stories From the Edge of Blindness

In 2002, Retinitis Pigmentosa changed my life. This is my story of a slow approach to darkness.

"Fill your paper with the breathings of your heart." William Wordsworth

Tales of humour, whimsy and courgettes

If you search for the light, you will find it.

"Diving into a writers soul is discovering the broken treasure and beautiful mysteries that make you gasp for air."

CrazyRedders.com
Haiku out of Africa

The intense thoughts of sassy and a vintage soul.......

Words From A Borderline

Poets bleed from the heart and soul